This year, the organizer of the Marcinkonii village festival on Kastini lake once again invites you to celebrate the joyful tradition, which is already in its twenty-seventh year. Mentioning what is useful and good that happened or did in Marcinkonyse during the year, one of the most deserving people in the village was awarded a national ribbon, the oldest and youngest residents of the village and community members who contributed to the beauty. the village is respected. The participants of the celebration held by the Kastini lake were entertained with a lively concert, served with delicious soup cooked on the fire and other dzukish food.

The celebration, like every year, starts at noon with a traditional marathon, where sports enthusiasts run from the foot of the church hill to Lake Kastini. Next, various sports competitions are held here: volleyball, penalty shootout, kayak slalom and other events.

In the evening, the residents of Marcinkonia and the guests of the village gathered at the outdoor celebration area near the lake for a fun concert. First, the winners of today’s competition are awarded. Marcinkonii folklore singer greeted the participants with a beautiful song.

Rimutė Avižinienė, chairman of Marcinkonių village community, which lacks creativity and energy, noted that no celebration would take place without hardworking community members who are willing to contribute to organize various events and beautify the village. Linas Čeplik from Marcinkoni is grateful, who, during the community implementation of the project “Organization of public space in rural areas, adapting it to the needs of the village”, installed a beautiful wooden outdoor stage in Kastini Lake, where there are many beautiful areas. and national events are held. They are also happy because Marcinkonys was elected in 2023. the small cultural capital of Lithuania. Therefore, next year there will be more cultural projects and events in the largest village in Lithuania, rich in ethno-cultural traditions.

Marcinkoniškis was congratulated with a joyful celebration by Laima Denutienė, head of the Department of Culture and Sports of the Varėna District Municipal Administration, and Jurgita Keršienė, director of the Varėna Cultural Center. A celebratory cake was served at the waiting table.

Vilius Petraška, the elder of the Marcinkonių borough, is happy that the people of Marcinkonių are doing well to keep alive the community traditions, organizing fun holidays and having fun every year. “Ten out of twenty-six villages in Marcinkonii district have created a community. Marcinkonių village community is one of the most active in our ward. I invite you to always be active, participate in the celebration of our community, communicate”.

It is a good tradition to honor the most deserving villagers at the community festival. This year, a symbolic nomination of kindness to the journalist, the head of the General Department of the Varėna district municipal administration. for the specialist Rūta Averkiene, who wrote many articles about Marcinkonis and the inhabitants of this village. Vilius Petraška, the elder of the Marcinkonių ward, was wrapped in the national ribbon. 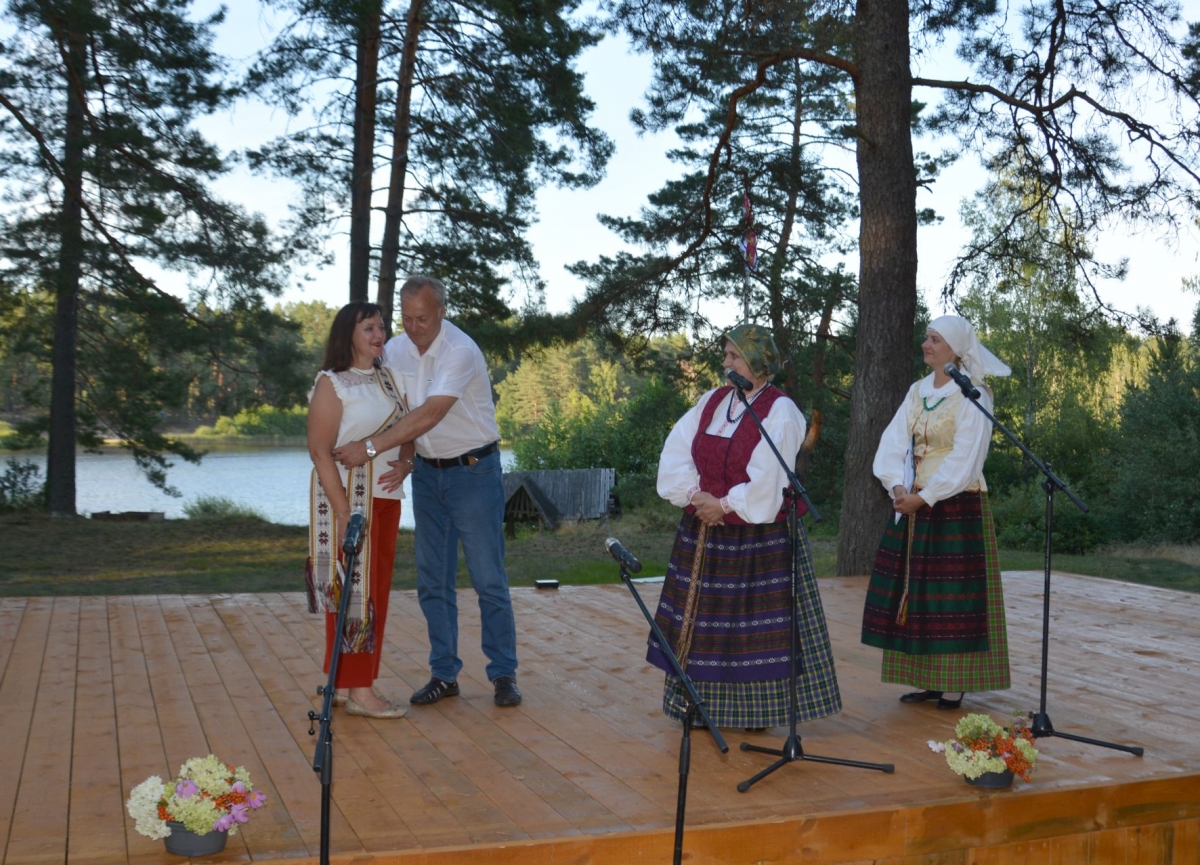 Traditionally, the oldest resident of the village is respected. Today, Apolonija Šlapokienė is the head of marcinkoniške. The youngest member of the community, Eren Liuolia, who was born this year, also congratulated him. Beautiful woven baskets were given to Broniis Krakevičius, the parish priest of Marcinkonysi, for the renovated and well-kept rectory, and Jurga Stoškutas for the new entrepreneur in Marcinkonysi, the “Gurinukas” cafe, which opened its doors.

The participants of the celebration were impressed by the cheerful songs performed by the girls of the VDC “Šypsenėlė” of the Marcinkonii village community. A Ukrainian song performed sensitively by Ukrainian children living in Marcinkonyse, got a lot of applause.

Traditionally, there is the Dzūki market, where you can buy handicrafts, jewelry, ceramics, woven products, and food made by the people of the Marcinkonii district.

After the celebration, everyone is invited to a fun evening – eating delicious dzuki soup and other culinary heritage foods, singing, dancing and chatting. Young people have fun at a disco dedicated to them.

According to Rimute Avižinienė, the idea to organize the first Marcinkonii village festival came twenty-seven years ago to honor the people who brought life to the village. I am glad that the tradition continues to this day and the celebration is fun every year. 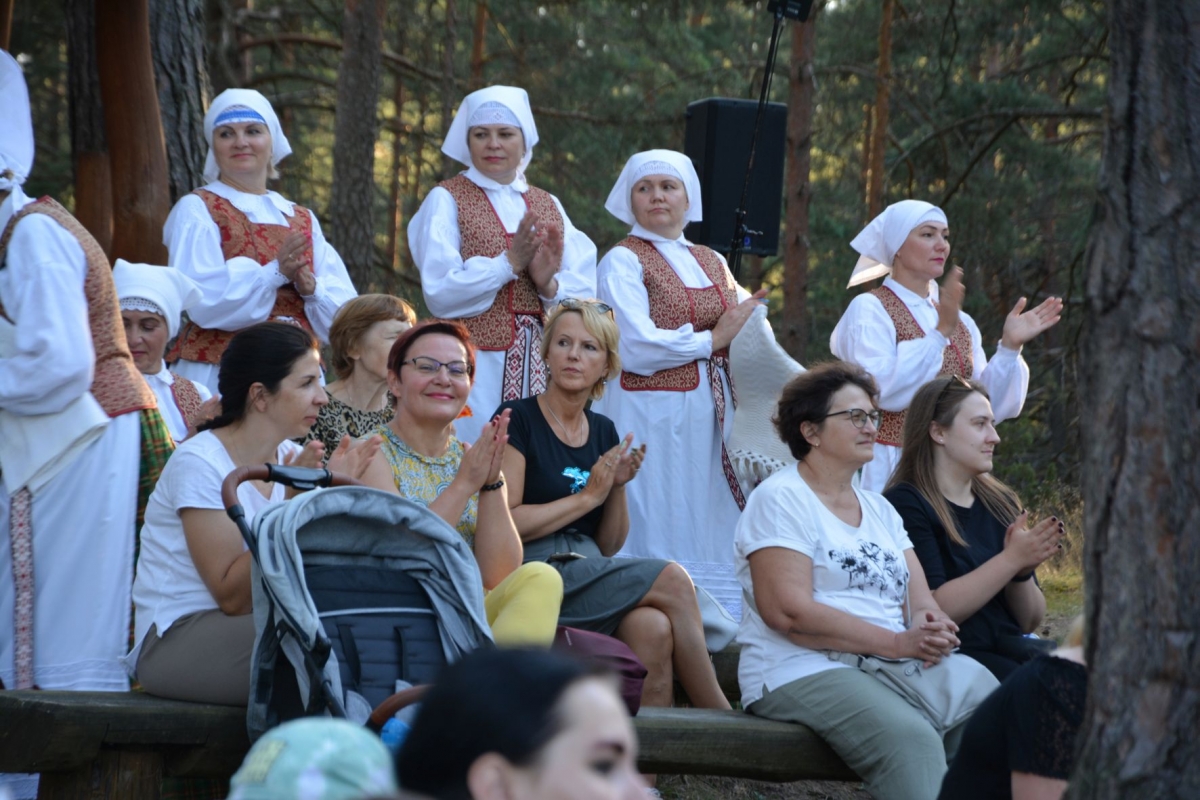 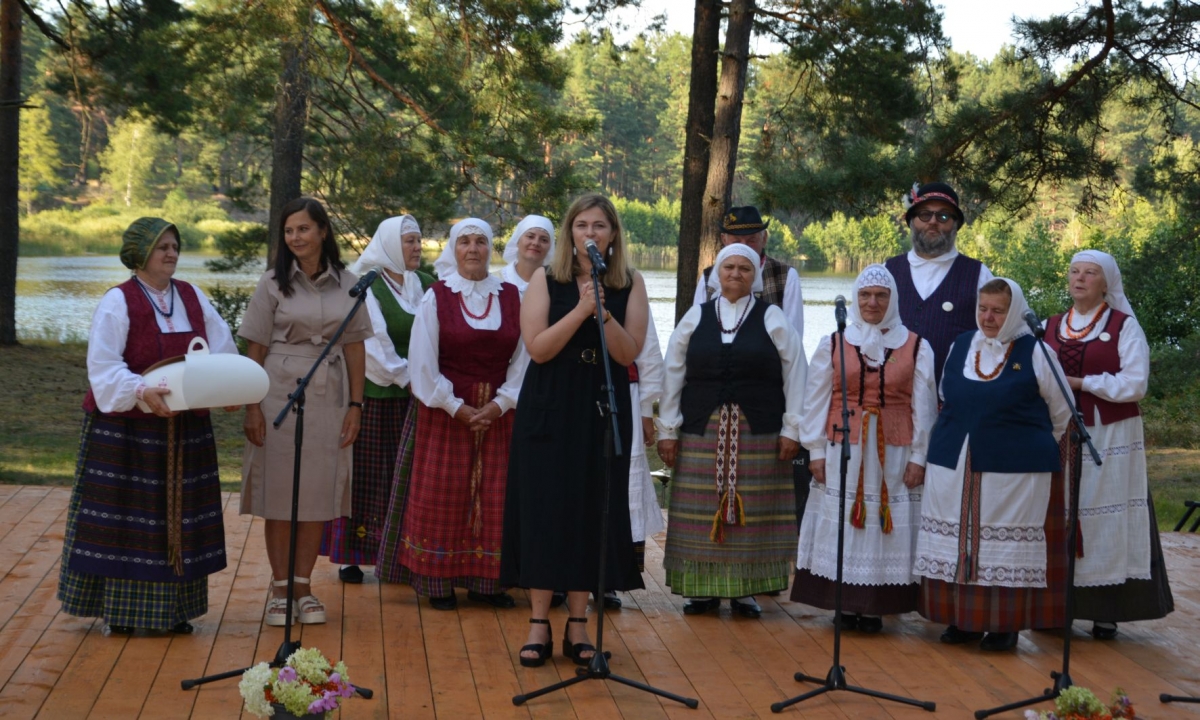 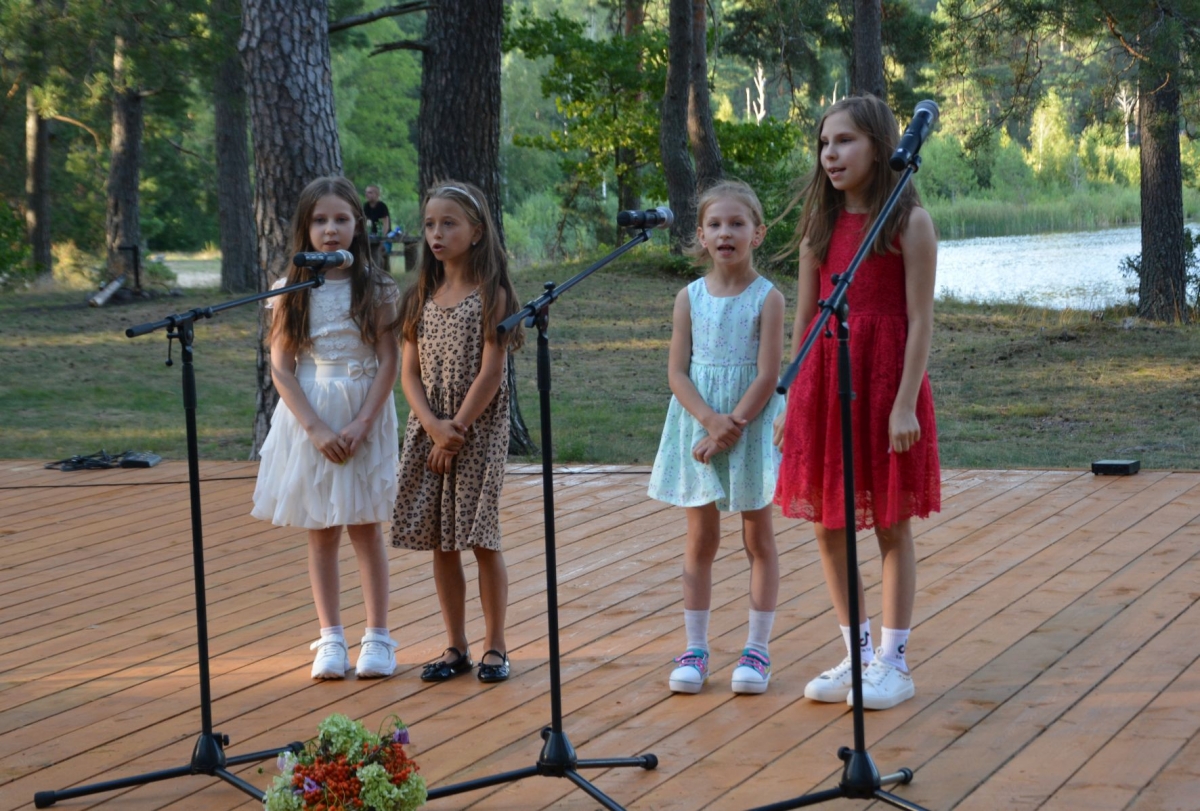 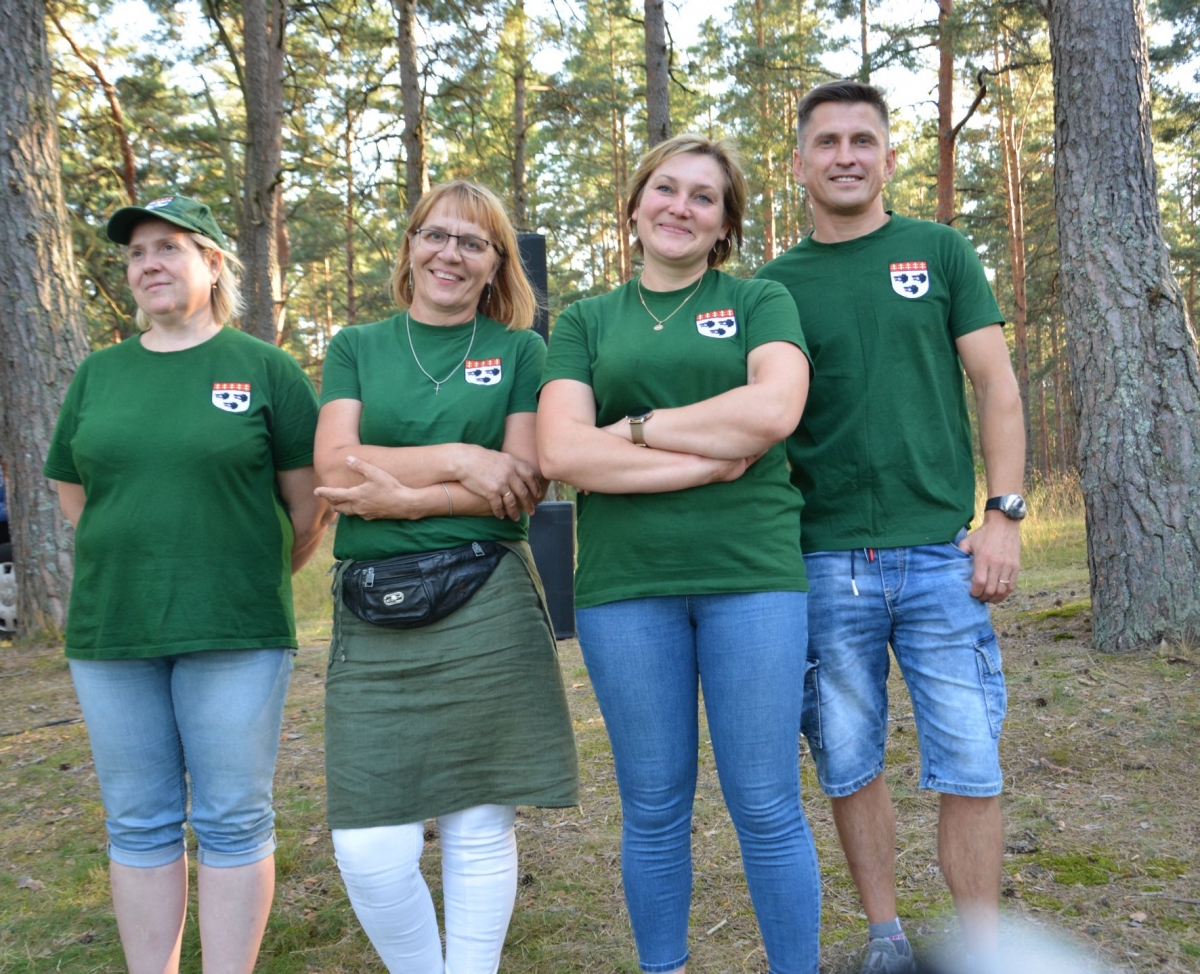 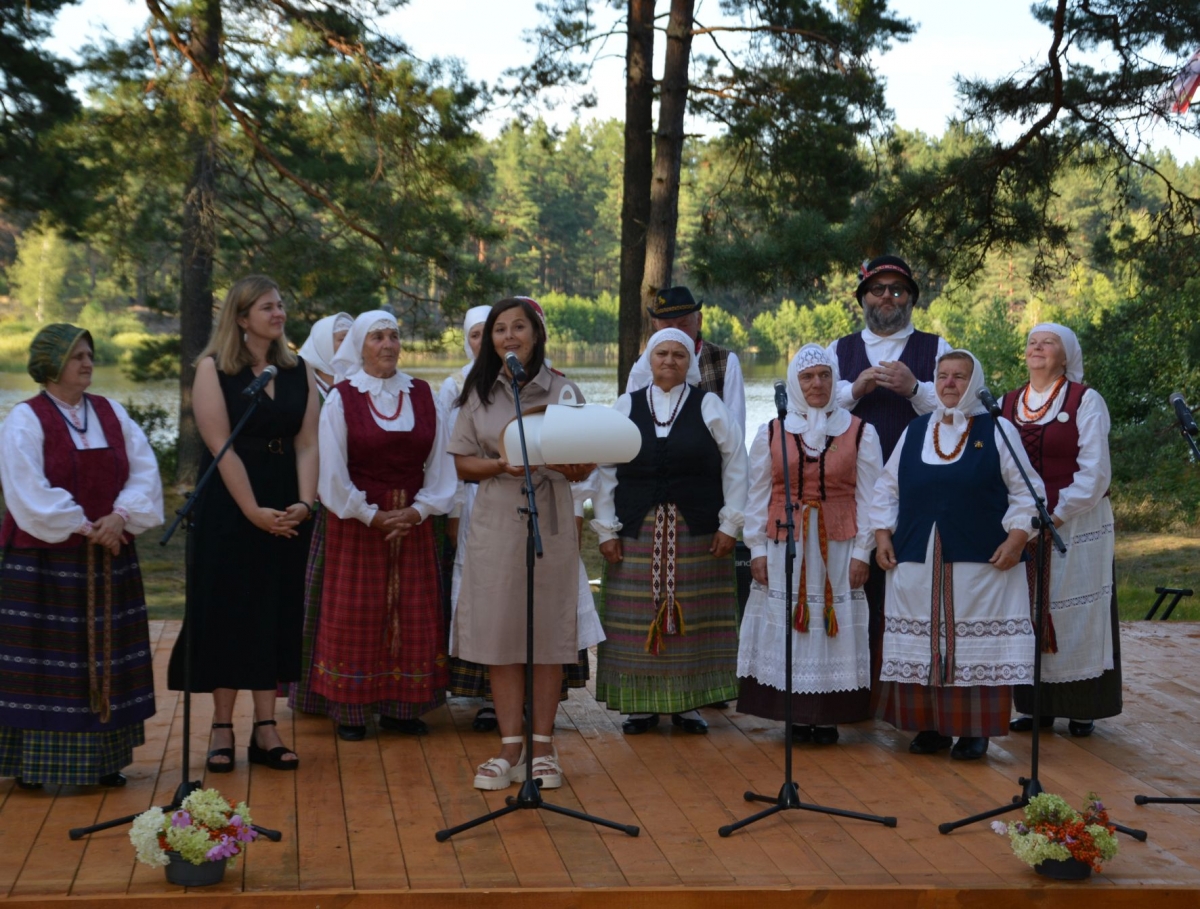 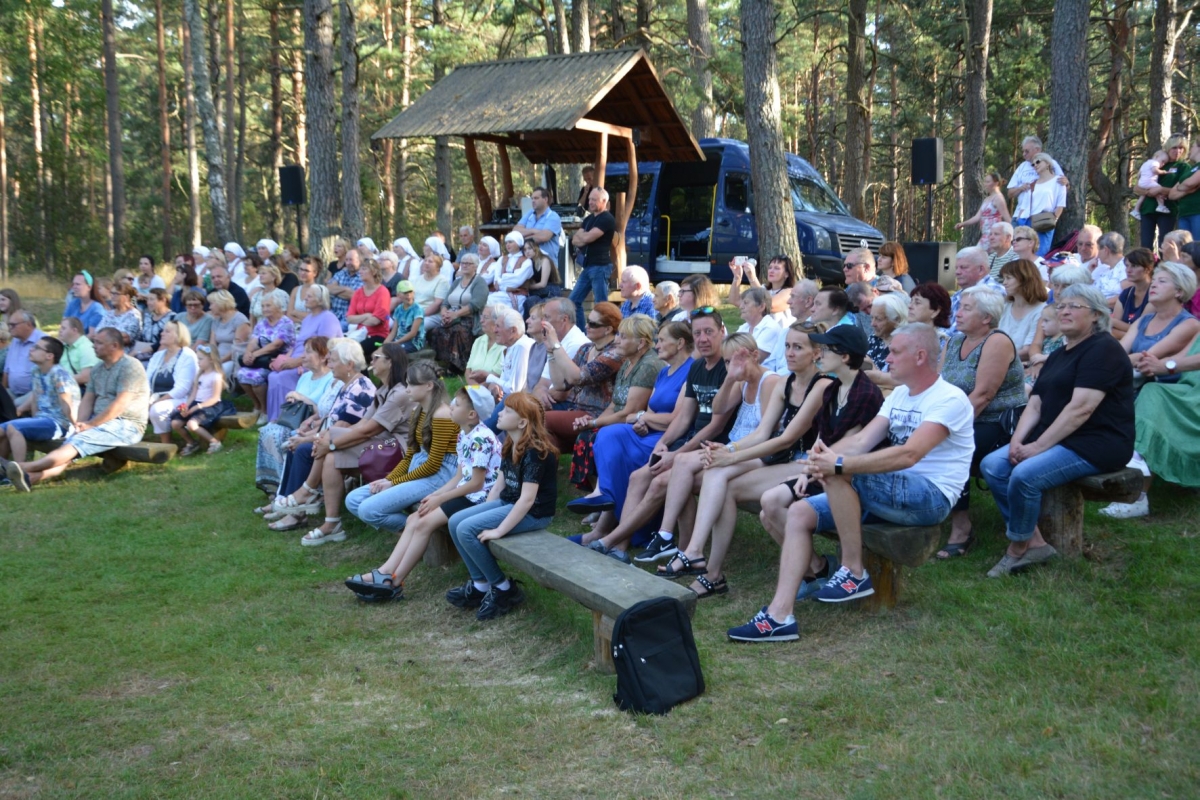